The Effects That Blockchain Would Have On Businesses Using Web 3.0 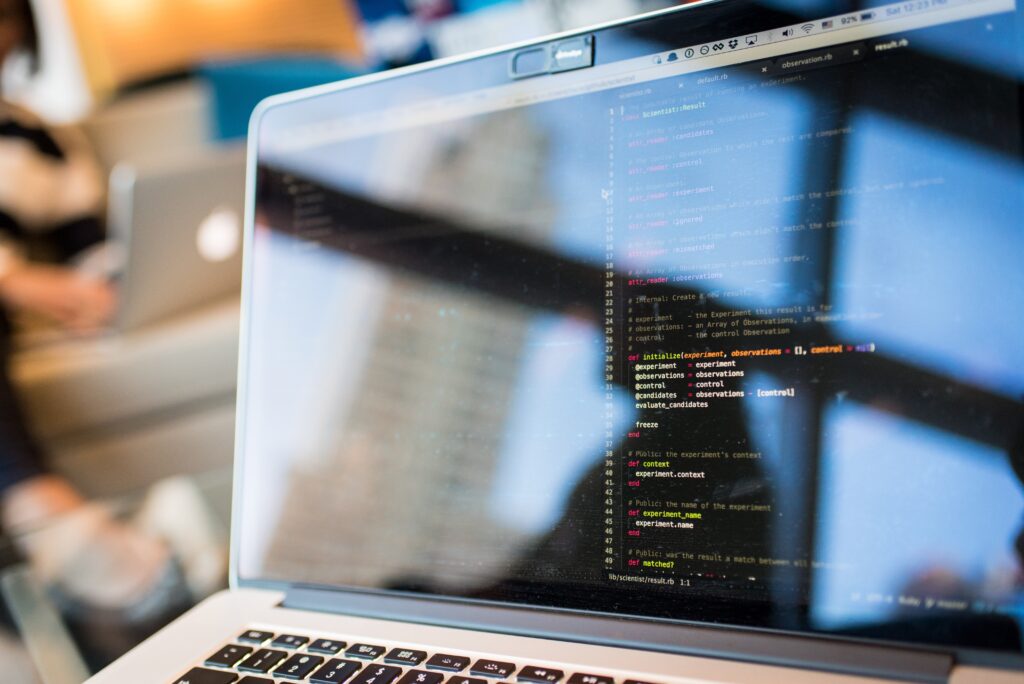 Since Tim Berners-Lee released the first version of the World Wide Web in the 1990s in Switzerland, the standard operating procedure has changed significantly, particularly regarding interactivity and data utilization.

From once being a readable model to its current status as both readable and writable, www has undergone some transformations.

It is now time to enter the third phase of www evolution – the stage in which users hold the real power. Web 3.0 Blockchain is the true revolution that has begun to spread across the Internet after establishing itself as a significant Blockchain technology trend.

Due to the most disruptive technology of our time, web 3.0 is preparing to alter how businesses operate and how internet users interact with the digital world. In this article, we will examine Web 3.0 Blockchain in depth – what it is, what it entails, the benefits it offers, and the industries it would revolutionize, as well as how a business can use web 3.0 technologies to gain a competitive edge.

To comprehend Web 3.0 in its entirety, it is necessary to examine Web 1.0 and Web 2.0, their predecessors.

It was the “readable” phase of the domain of the World Wide Web, which was overrun with flat data. There is very little interaction between web users and websites on Web 1.0. Web 1.0 was fundamentally an information portal that provided users with passive information without a voice.

Web 2.0 altered everything that Web 1.0 represented. It facilitated user interaction with businesses. As the “writable” phase of the World Wide Web, it permitted users to interact with one another freely, fostering high participation, increased collaboration, and real-time information sharing.

Web 2.0 ushered in the age of social media, which rendered the formerly passive web interactive. Brands and consumers were given a platform to express their opinions. The age of complete exposure and visibility had finally arrived.

Between 2000 and 2015, the United Nations discovered that internet users increased from 738 million to 3,2 billion. And they brought with them vast quantities of information.

As soon as large corporations realized that the unfathomable amount of personal data at their fingertips was their most valuable asset, data stockpiling began on the centralized servers of Amazon, Facebook, and Google.

Before they knew it, Internet users’ browsing habits, identities, and online purchases were sold to the highest bidder for dubious purposes.

The inception of Web 3.0

This concentration of data in the hands of tech behemoths with money and connections soon revealed its nefarious nature. The news of well-known brands selling and disregarding our data began to emerge.

As the incidents progressively led to financial loss and identity theft, users began to question the value of a characteristic that left them vulnerable.

It was time to return the power of data to end users. Decentralization was necessary, Blockchain was the means, and Web 3.0 was the intended outcome.

The answer to the question “what is Web 3.0 technology?” is a network where people can interact without fear of security or privacy breaches. The web version will make the internet intelligent by combining the power of Artificial Intelligence and Big Data while simultaneously rendering the web semantic.

Web 3.0 is the time when Blockchain will enable the web to become more human.

Blockchain will dictate how data is collected and managed on the Internet. With the aid of AI and IoT, the technology will combine all the consolidated data and transform it into information that cannot be hacked or duplicated.

The transition from Web 2.0 to Web 3.0 will bring revolutionary changes to the backend but will have minimal to no effect on end users. The web’s fundamental technology stack must change for a client-server model to become open and decentralized.

While the Web3 Technology Stack has not yet been released, this is what we believe the Web 3.0 blockchain technology stack would look like:

Typically, an application resides on the top of a technology stack, but this is not the case for decentralization-driven solutions, as blockchain elements are primarily back-end focused. This is why there are more elements above the application level in response to the question of how the Web 3.0 IT stack will function.

Semantic technologies can improve Web3.0 utilization. This technology must be based on blockchain logic to make it a data protection tool. The peer-to-peer review system will keep users informed of the development of data blocks.

In place of the centralized data-driven business models of the past, the Dapp-powered web version offers users a variety of alternatives with which to interact. Even now, when Web 3.0 has not yet emerged, platforms and apps are developed by a future-focused Web3 development firm that poses as a decentralized, user-centric alternative to the centralized platforms supported by monopolizing tech giants.

Why Does Web 3.0 Matter to Your Business?

The impact of Web 3.0 on businesses will be to make them more transparent and user-centric. Everything wrong with how firms handle user data will undergo a revolutionary transformation.

To answer the question, “how will businesses use web 3.0 technologies? “companies – both traditional and new – will open the doors to Blockchain and the capabilities the technology brings with it. Your apps will receive a Blockchain upgrade, making everything transparent and publicly accessible.

Web 3.0 characteristics will introduce pro-privacy and anti-monopoly models. It will not incentivize centralized platforms that retain control over user data. Decentralization and privacy will play a central role in the reversal of fortunes. With users now in charge of how their data is view, the monopoly of tech giants will end, and there will be fewer to no instances of data privacy breaches.

Web 3.0 will be significantly safer than its predecessors. Because of decentralization and the distribute nature of the network, it will be impossible for hackers to infiltrate the system without their actions being traced back to them.

Users’ data have been manage and utilize by tech behemoths until now. With Web 3.0 powered by Blockchain, end users will have complete data ownership. All data transfer across the network will be fully encrypt. Users can choose which information to share with corporations and ad agencies, and they will have the opportunity to profit from it.

Web 3.0 capabilities would enable users to access data across multiple applications regardless of their platform. This means you will not have to worry about a specific device not being compatible with Web 3.0.

Blockchain in Web 3.0 will not require a central authority. By creating an address, anyone can join the network and participate in its activities. This will eliminate the practice of excluding users based on their gender, income, orientation, location, or other socioeconomic factors. It will also facilitate the international transfer of digital assets and wealth in a timely and cost-effective manner.

Social networks play a vital role in our lives. It can transform how we communicate, interact, and build communities. The platforms are censore and restrictive, serving one or the other plan.

Web 3.0 fundamentally alters the formula by which a company develops social media applications. It returns control of data from platforms to end users, making story-spinning impossible and making it impossible to misuse data, as in the Cambridge Analytics Scandal involving Facebook.

In terms of currency exchange, centralization is ineffective. As an example of failure, consider the Mt Gox hack, in which bitcoins worth $460 million were stolen. Decentralized exchange is the solution to exchanges serving as breeding grounds for hackers. The decentralized exchange will gain popularity in Web 3.0 due to its ability to provide a seamless user trading experience without regard to hacking or lack of transparency.

Communication has always been an integral part of our lives. On the personal front, Facebook Messenger and WhatsApp have dominated for as long as we can remember; on the professional front, Slack and Telegram have replaced them.

While there are fewer adverse reports regarding the current messaging platforms, there are still two issues that plague messaging app users: unsafe message transmission and reliance on centralized solutions that make the media vulnerable to hacking.

The solution to these problems is Web 3.0 messaging apps such as ySign, Obsidian, e-Chat, etc., which Blockchain powers to preserve users’ privacy and security.

We store our data in Google Drive or iCloud as a standard user. On the other hand, companies require a significantly more robust and scalable centralize data storage solution.

Most data storage operations currently available on the market are centralize, meaning that the data can be manipulate or sold for advertising purposes. This is something that Uber, LinkedIn, and T-Mobile have already fallen victim to.

The solution to this problem is Web 3.0’s decentralize storage facility. It is base on the premise that files and data are encrypte and then shared via a peer-to-peer network, meaning they are not stored in a single location but rather on multiple nodes.

Streaming is, without a doubt, one of the most thriving industries in the modern era. The entertainment industry is renown for establishing Netflix and Spotify as market leaders.

Despite being one of the most profitable industries, streaming services face accusations that the data is being use for advertising purposes and that the creators are not compensate fairly.

By its decentralization and innovative contract capabilities, Blockchain resolves these vexing Web 3.0 issues.

For a very long time, the insurance and banking industries have been criticized for being profit-driven. They have been altering their image by utilizing Blockchain’s decentralized and transparent characteristics.

The technology is poised to make Web 3.0 a reality for filing insurance claims and eliminating fraudulent claims. It will also introduce the world to the fact of Open Banking, a concept that has been considered a pipe dream.

Google Chrome and Mozilla Firefox are the dominant Web 2.0 browsers at present. But a decentralize web is require for a web to be as philosophical as Web 3.0. These next-generation web browsers should be able to store user information without leaking it or using it for business expansion.

Web 3.0 browsers should encrypt user data and provide users with the option to be compensated in exchange for personal information.

Web 3.0 will alter how we interact with the digital world, and this transformation will not be limit to individuals. The impact of Web 3.0 blockchain on both traditional and disruptive businesses will be enormous.

While the transition from Web 2.0 to Web 3.0 is still in the future, companies must begin preparing immediately. Let our Blockchain experts help you.

Web3 development Web3 development firm
Share. Facebook Twitter Pinterest LinkedIn Tumblr Email
Previous ArticleWhat is TikTok – why it is so famous and how to use it?
Next Article Motives for doctors’ reluctance to use electronic healthcare systems